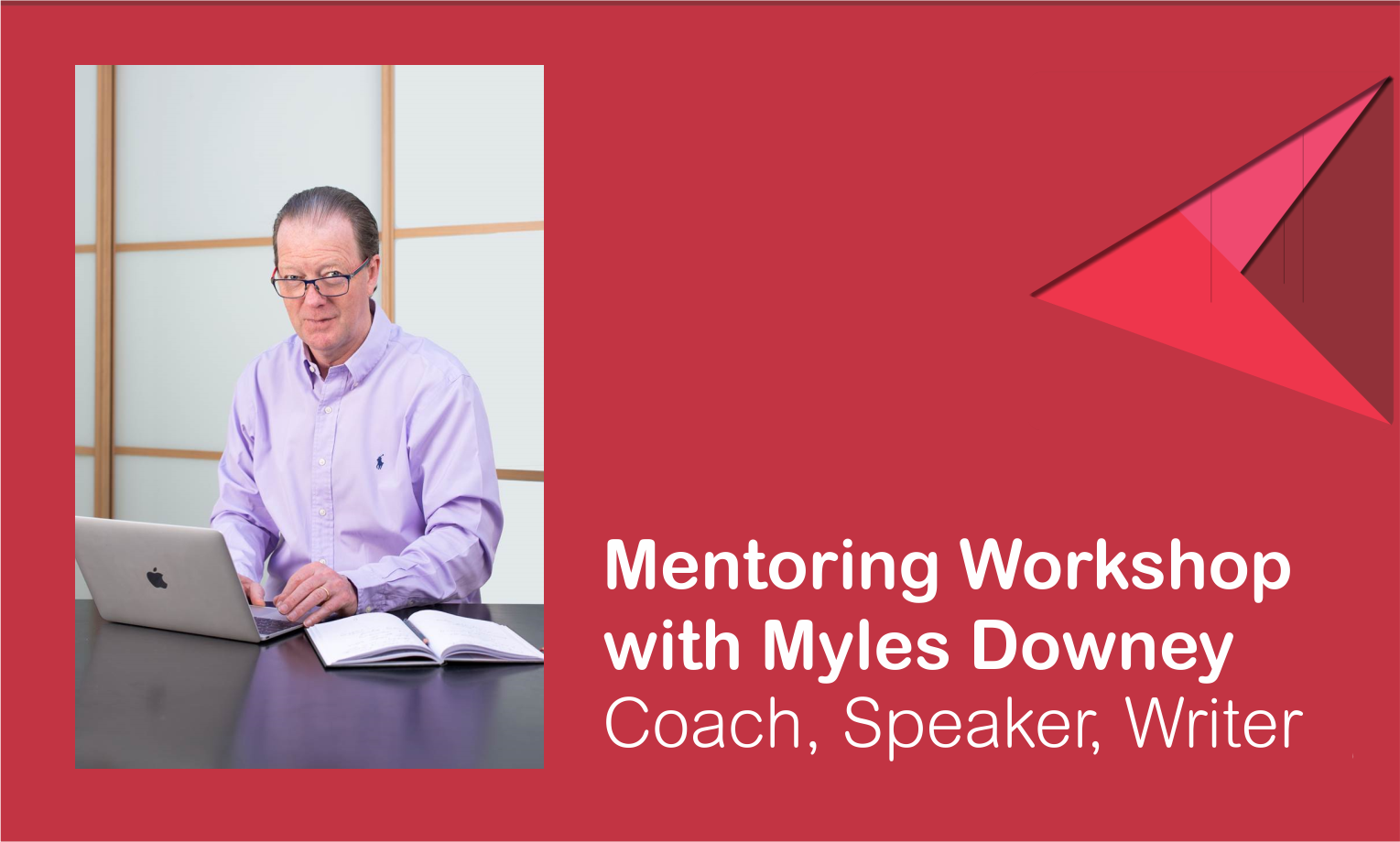 The LPEA invites its members to register in this exclusive mentoring session by Myles Downey. This mentoring workshop is organised in the context of LPEA’s PE4W initiative to support women in developing leadership skills in the Private Equity sector.

The Programme Purpose is to ensure that participants get what they need from being mentored. This will be achieved by:
– Making sure that there is a clear understanding of what mentoring is and of what can be achieved through mentoring;
– Understanding that there are different kinds of mentors (e.g. sponsors through to coaches) and which kind of relationship is best for the individual;
– Understanding what the core approaches and skills are and practising them;
– Beginning to your own personal ‘mentoring journey’ by better understanding more about your unique identity and thinking about your goals and objectives;

As all other PE4W initiatives, this session is open to both men and women professionals members of the LPEA. Limited seating capacity.

Cost of participation: €85 (registration form below)

10.30
Core approaches (demonstration and practice)
Getting the best from Mentoring: how to be and what to do
Obstacles and Pitfalls

12.00
Your Unique Individual Genius
Your Direction of Travel

Myles Downey is an acknowledged authority on Performance, Coaching and Leadership. He is the author of three classics in the coaching and performance arena, ‘Effective Modern Coaching’, ‘Effective Coaching’ and most recently ‘Enabling Genius – a mindset for success in the 21st Century’.

Considered one of the leading business performance coaches in Europe with extensive, global experience spanning thirty years, Myles has worked across the C-suite in some of the most prestigious organisations and in the widest variety of industries including Banking and Financial Services, Manufacturing, Oil and Gas to Professional Services and the Public Sector. In 1987 Myles was part of the team that established The Alexander Corporation, which was acknowledged by The Economist Intelligence Unit as “the leading provider of Executive Coaching in Europe” in 1993 and, in 1996, Myles went on establish The School of Coaching, a highly respected provider of coach training and executive coaching in the UK and Europe.

In 2017, Myles was asked to work with the Senior Coaches to the England Rugby Team and this followed directly from an engagement 2016 when he worked with the New Zealand Elite Rugby Coaches.

Myles has been at the forefront of coaching not only in the UK but also right across Europe and into the near and far east, while being one of the first European coaches invited time and again to teach in Russia.

He has combined his teaching of coaching and leadership with the role of keynote speaker and has been invited to speak at the BBC’s Conference for its top 400 senior executives, the McKinsey Global Partners Conference in Singapore and the ICF Global Conference in Malmo, to mention but a few engagements. Tim Gallwey, creator and author of the ground-breaking Inner Game concept, asked Myles to deputise for him at a Lockheed Martin Senior Executives Conference in Austin, Texas.

In 2017, Myles joined with People Squared Solutions to develop an app to ‘democratise’ coaching and learning.