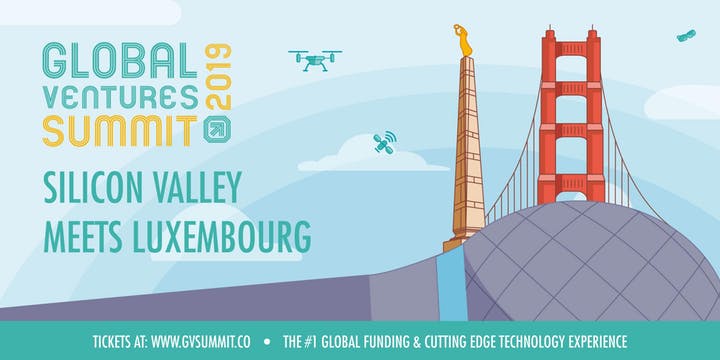 GVS Europe to be held between November 19th-21st and will be attended by Luxembourg’s Prime Minister, Finance Minister and 40 Silicon Valley funds

Silicon Valley-based investors and digital industry pioneers will descend on Luxembourg in November for a summit designed to connect them with some of Europe’s leading venture capitalists and most exciting start-ups.

The Global Ventures Summit (GVS) is being held in Europe for the first time having toured Indonesia and Mexico earlier this year. The summit is known for attracting inspirational and high-profile speakers from Silicon Valley’s leading VC funds and big tech firms, with Europe’s event in November hosting a star line up with confirmed speakers including Billy Zane of Parkpine Capital, Alex Estevez from Accel Partners and Karan Wadhera from Casa Verde. 2018 alone saw over $25 million of deals agreed during GVS gatherings with over $250 million agreed in the 12-month period after the Summit.

Luxembourg was chosen as a venue in 2019 due to its burgeoning start up community and globally orientated financial ecosystem, which has been further boosted by around 60 financial firms choosing to relocate their activities to the Grand Duchy as a result of Brexit.

A gathering of this type in Luxembourg is further evidence of the positive, cross border and business friendly environment the country has fostered over recent years, and in a mark of its importance, the event will be attended by both Luxembourg’s Prime Minister, Xavier Bettel, and the country’s Finance Minister, Pierre Gramegna.

The Luxembourg Private Equity and Venture Capital Association (LPEA) and the Luxembourg House of Financial Technology (the LHoFT), have been announced as flagship sponsors of this unique event, alongside a host of other international sponsors and partners including: Microsoft, American Airlines and Bitcoin.com, Digital Lëtzebuerg, Luxembourg For Finance, Luxinnovation, VNX, The House of Startups, Technoport, MTX Connect, The University of Luxembourg, Apollonian, KPMG, and Hubspot. Several other sponsors will be confirmed in the coming weeks.

LPEA’s CEO Rajaa Mekouar-Schneider said: “GVS perfectly fulfils our mission of matching talent and funding. GVS Europe will engage our professional community of investors – many of whom are family offices with a strong entrepreneurial DNA. We see a growing presence of VC players in Luxembourg, for which such events are critical to increase their international sourcing. This unprecedented global gathering will have a major impact on the local start-up community, which we always try to support, together with LHoFT, Luxinnovation and other Luxembourg based initiatives that foster the local VC ecosystem on the international stage.”

As a partner of the GVS, the LPEA will leverage its community of over 230 international PE firms, including over 100 investors and family offices, to drive high-quality attendance at the Summit. With its international reach, LPEA is also promoting the GVS outside Luxembourg, to attract leading European VC personalities and investors.

Nasir Zubairi, CEO of the LHoFT added: “GVS will further highlight the dynamic and exciting start up and digital ecosystem in Luxembourg across all sectors, with a focus on the huge strides forward we are making in Spacetech, Mobility, Indutech and Fintech in particular.  Good ideas and businesses don’t just come out of Silicon Valley; we have worked closely to ensure that the 40+ US based VCs are keen to invest in the many scalable, innovative and disruptive European start-ups due to attend.”

GVS Europe’s focus is on creating an environment to execute deals between Silicon Valley funds, high growth US Unicorns, European investors and start-ups. GVS Europe will have over 40 US Silicon Valley funds and aims to have over 100 global funds from the highest performing quartiles in the world with over $30 billion in AUM represented.

For details about the agenda and speakers, please visit www.gvsummit.co/speakers-lux