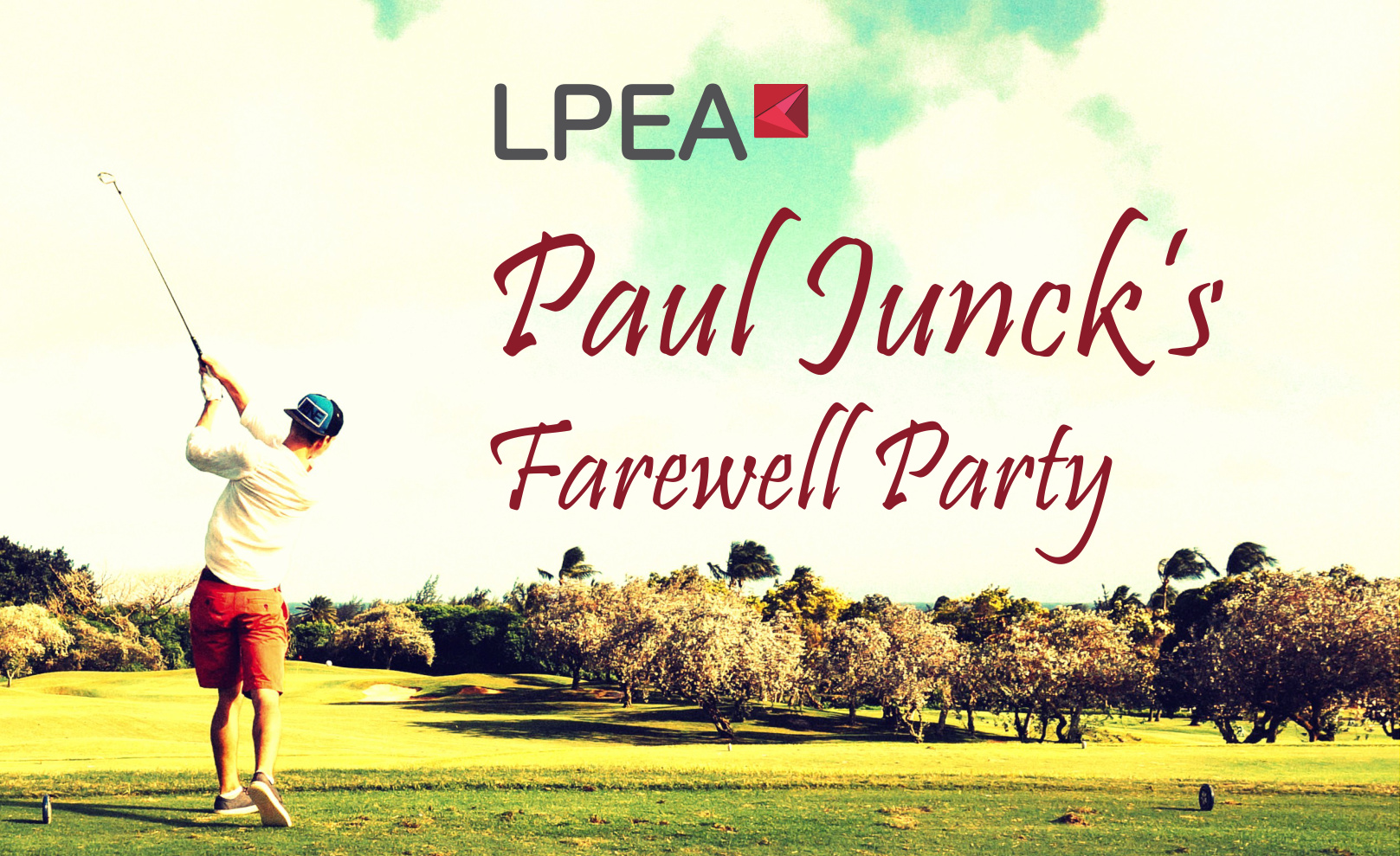 The LPEA community gathered yesterday (9/07/2019) to praise the contribution of Paul Junck to the development of the association during the nearly 10 years he was in office as Managing Director. From a one-man team to a 5 team staff and from 25 founding members to 220 members today, Paul Junck was critical to the success of LPEA. As Paul Junck leaves to a well deserved retirement, many gathered at the Golf Club Grand Ducal to express their appreciation, celebrate his career and dare commitment to launch the ‘start-up’ LPEA in 2010.

The retirement of Paul Junck led to some changes in the management of LPEA. Rajaa-Mekouar Schneider, currently President of LPEA will from September become LPEA’s CEO and Claus Mansfeldt, head of Swancap and already a board member of LPEA, will become the new President, also from September. The Executive Committee of LPEA also approved the promotion of Luís Galveias from Marketing and Communication Manager to Director of LPEA.

Below some pictures of the reception held yesterday.

Big Data, the next leading edge of Private Equity firms?