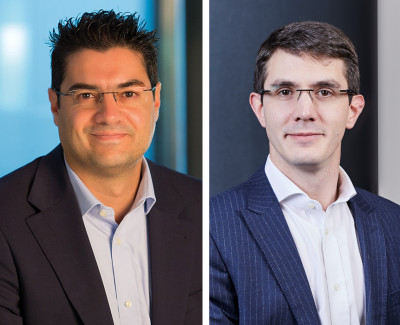 In view of the changing times expected with the United Kingdom leaving the European Union but also with the record-breaking fund raising by private equity funds, we decided to take the pulse and temperature of the PE industry in 2019 by interviewing three placing agents. With a broad coverage of the PE industry and market, we try to identify the signals they get from Private Equity fund managers and from institutional investors. Interview with Will Lawrence, Investment Managing Director of Cambridge Associates; Jean Christel Trabarel, Founding Partner of Jasmin Capital and Raphael Cwajgenbaum, Vice-President of Moelis & Company.

As 2019 has just started, what would your main predictions be for the coming months regarding fund raising and performance?

Raphael Cwajgenbaum (RC): The fact that PE as an asset class has delivered on its key selling points (diversification, alignment, absolute performance, stability of returns) has enabled it to continue growing steadily. I don’t see this trend changing in 2019, unless any meaningful macroeconomic correction takes place. I believe more GPs will continue actively exploring the secondary market as it has now become a normalised tool for liquidity and good fund management.

As the asset class continues to mature, investors will increasingly draw their attention to nichier strategies, be it sector-focused, regional strategies or even smaller club-type structures / deal-by-deal where they can achieve more discretion and even sometimes better economics.

Jean-Christel Trabarel (JCT): As regards to the fundraising, 2019 should be a good vintage and in fact better than 2018 as many jumbo and mega funds (+€5bn) will be on the road this year. Private Equity remains very attractive for LPs offering long-term double-digit IRR in a low interest rate environment and high volatility on public equities. Institutional investors continue to have a lot of cash to invest.

Will Lawrence (WL): Despite recent public equity declines we expect the fundraising environment for private equity in Europe and the US to remain robust in 2019. We already know of several established managers raising significantly larger pools of capital in 2019 and expect the supply side to be matched by continued strong demand from LPs. This demand should continue as seasoned private equity investors seek to reinvest proceeds gained from a strong decade of performance while other investors, traditionally with smaller allocations to the asset class, will tilt more towards illiquid investments and the higher return potential. Many will continue to view private equity favorably compared with public markets and/or other alternative asset classes.  All of this sets the scene for an asset class priced to perfection. For managers with good assets, we expect that they will continue to generate strong distributions, however, managers with capital to deploy will struggle to complete deals at reasonable valuations. We must also consider that if public market valuations decline significantly then some investors, with already established portfolios, could become over allocated in private investments purely based on a denominator effect. Another effect of falling public markets could be that larger funds, which often try to exit investments via IPO, will have to hold assets longer to achieved the targeted returns and may also be less willing to pay high entry multiples (Enterprise Value/EBITDA) when acquiring new assets.

While the appetite for PE investments remains very high as demonstrated by recent fund raising records and mega PE funds being raised, do you still see place for small and medium size players in this industry?

RC: Granted that some players have moved upscale, the small and mid-cap PE market remains very active, largely off the back of good, risk-adjusted performances. Whilst increased entry valuations have led to an erosion of performance across the board, the small and mid-cap space still benefits from the multiple arbitrage factor that can be extracted once smaller businesses grow in size and professionalization

What’s more, diversification, which led to the development of the PE asset class in the first place, supports the rationale for investors to keep deploying capital across the size spectrum and with a well-diversified number of GPs, which definitely leaves a meaningful space for small and mid-cap GPs. We continue to see large PE investors awarding dedicated mandates to third party consultants or funds of funds in order to get the small and mid-cap exposure they are not necessarily always equipped to develop internally.

WL: In fact, the more capital that is raised by the mega-funds, the more ‘room’ there is at the lower end of the market for small and medium sized players, and by definition, newer managers in the industry.  The data that Cambridge Associates has gathered shows clearly the higher dispersion of return in the lower-end of the market. Managers operating smaller funds having the strongest potential to produce outsized returns. Furthermore, we continually see a number of new firms formed by investors spinning out from established GPs. The vast majority of these investors raise small funds targeting a market segment that their former employer has now left. This trend will persist as long as there is LP demand, and as long as private equity continues to perform.

JCT: There is indeed still place for small and medium size players in the private equity industry as LPs are looking for diversification while constructing their portfolio with Pan European midmarket funds and/or country focus small- lower mid funds. For these funds the key success factor is being able to differentiate themselves from competition for instance with a thematic (ie. build-up, digitalization, etc.)  or sector focus approach. Plus, we keep seeing first time funds coming up with fund sizes between €100 and 200m.

9 Out of 12 top PE players have substantially reinforced their presence in Luxembourg over the last couple of years. What do you believe the drivers for this trend might be?

WL: This appears to have been primarily driven by the uncertainty surrounding Brexit whereby Managers have been forced to take a proactive approach to ‘futureproof’ their businesses and continue to have unrestricted access to European investors by increasing their presence in Europe. Whilst managers may have already had some form of presence in EU jurisdictions, whether for deal structuring or marketing purposes, it appears to have ramped up significantly in Luxembourg during 2018. With some of the bigger PE firms establishing a presence there as it became more apparent that the UK’s exit from Europe would be a more complicated and drawn out process due to the disparity of opinion in the UK parliament.

JCT: Brexit is indeed one of the drivers for this trend. Big players have moved their headquarters from London to Luxembourg, anticipating that the United Kingdom won’t be AIFMD compliant anymore. In addition, Luxembourg is the main financial center in Continental Europe benefiting from a regulation offering adapted vehicles to GPs and LPs such as the RAIF. Luxembourg offers political stability, high quality service providers and skilled people.

RC: The improvement of the limited partnership regime in 2013 is certainly also a big trigger for GPs to explore Luxembourg as a credible alternative. With respect to European mid-market GPs, the strategic importance of the EIF’s investment program has also served as a trigger for certain GPs to shift to a Luxembourg structure.

What feedback do you get from LPs on Luxembourg? Are they generally comfortable with the local environment?

RC: Investors generally consider Luxembourg, nowadays, as a best-in-class jurisdiction where key topics such as transparency, alignment and ESG are upheld to the highest standards. International investors are now used to investing in Luxembourg vehicles, which can only be a positive, and most European investors actually consider it as the new gold standard!

The quality of service providers in general, large international contingent from all over Europe and excellence of the financial services industry also add tremendous benefit to existing – and newly launched – funds in Luxembourg.

JCT: Luxembourgish vehicles are now the market standard benefiting from a leadership position. LPs are very comfortable with the political environment and local finance industry (service providers and local staff). They appreciate the favorable regulatory framework that evolves accordingly to GPs and LPs. Even if Ireland and France have changed their regulation, Luxembourg remains the frontrunner on the market. When fundraising GPs create a domestic vehicle, they often also create a mirror or parallel Luxembourgish vehicle, in order to address the expectations and needs of their non-domestic LPs.

No Brexit herd mentality in private equity and real estate