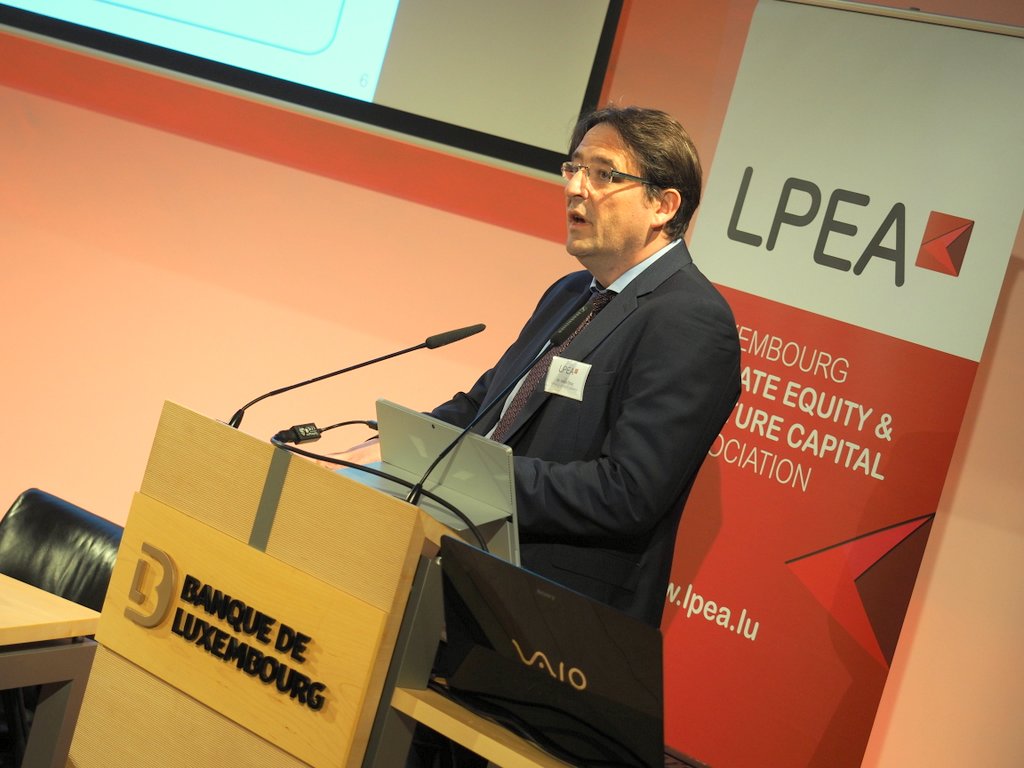 Guest speaker: Mario Grotz from the Ministry of Economy of Luxembourg presented the Space Resources initiative.

LPEA held its ordinary statutory meeting on May 8th 2017 in the auditorium of Bank de Luxembourg.

The members received the Annual Report for 2016, approved the audited accounts of the association, discharged the auditor and the members of the Board for the year 2016.

There was no place for elections given that the current Board was elected in 2016 with a mandate lasting until the AGM of 2018.

The AGM welcomed the participation of Mario Grotz from the Ministry of Economy who presented the Space Resources initiative conducted by the Luxembourg government. The speaker tried to seduce the PE/VC audience to join the long-term effort which is being put in the development of this new cluster. Space mining is by many compared to the ambitious goals of SES in the 1980s when it started to explore the satellite and communications industry. Today SES is a case study and if well supported, Space Mining may as well be one in the future.