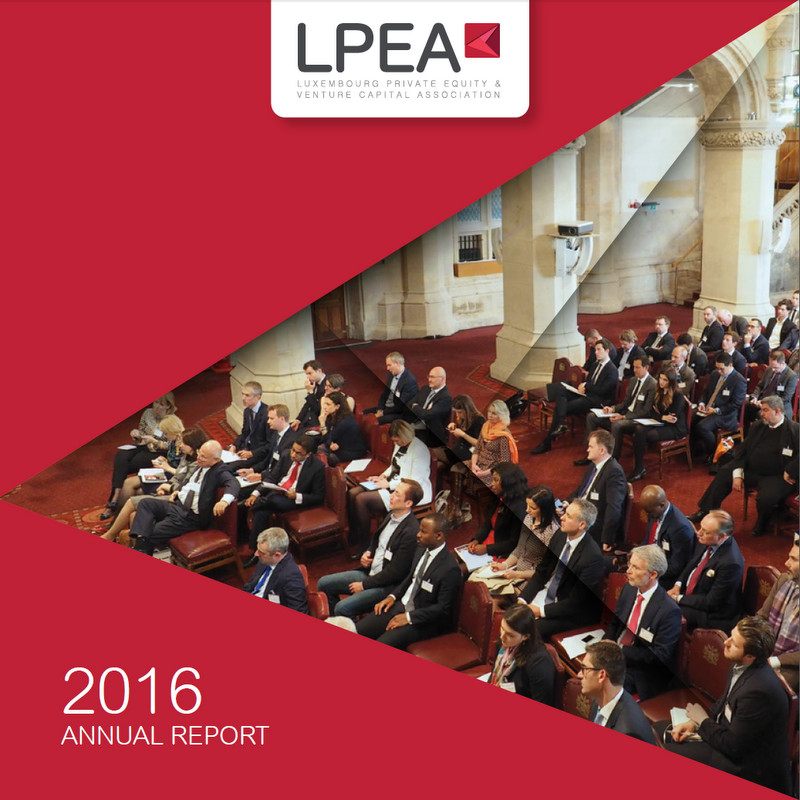 Priorities for the Future

2016 brought about abrupt political changes that will have consequences on the private equity and venture capital industry. We entered the new year with more questions than answers on the possible futures ahead of us.

First, the UK’s vote to leave the European Union is a major setback in an unprecedented 60 years history of  European economic integration. It stands out as an event which will have rapid repercussions on the British economy, the European single market, but also on the strong interactions that the Luxembourg private equity and venture capital industry has had with the UK’s financial industry and investors.

Second, the unexpected election of Donald Trump as President of the United States further raises the level of uncertainty. How will Trump’s actions impact the political, regulatory and economic environment in which our members do business, both in our region and across the US? Trump’s promise to deregulate could facilitate business in the US and seems to bode well for GPs with investment activities there. However, Trump’s protectionist speech might spur already growing populist/nationalistic movements in Europe and make things worse in the long run for Europeans.

With increased uncertainty comes higher risk and opportunities for the most discriminate investors. This moment is also an opportunity for Luxembourg to become an even more diversified and important global PE hub, with a greater presence of front offices from some of the greatest managers. In just a few years, LPEA has managed to grow from a handful of members to more than 140 by the end of 2016.

In an environment of low interest rates and increased political and regulatory risk, Private Equity and Venture  Capital funds provide not only the fuel of economic growth (growth financing to companies of all sizes) but also high returns to investors. Our industry can only grow in importance since it stands out as a force of economic progress, job creation in the real economy and innovation, but also as a highly desired alternative for investors. Indeed, the ability to spot opportunities and to take risk will continue to define successful GPs in the future.

The role of LPEA remains unchanged: remind stakeholders of our industry’s positive role and importance for the real economy, uphold the dialogue with all relevant public authorities, ensure the competitiveness of Luxembourg as Private Equity and Venture Capital hub, and defend a favorable tax and regulatory environment in Luxembourg and the European Union for PE-VC firms.

As an industry body we should not conclude without underlining that that the Luxembourg Government has been greatly supportive of our industry’s growth. A whole set of initiatives aims at accelerating Luxembourg’s foray into the forefront of Europe’s most progressive and innovative countries, for the benefit of the whole population. From a public commitment to join the Third Industrial Revolution based on Jeremy Rifkin’s recommendations, to a visionary push into FinTech and Space Mining– things are moving forward in the Grand-Duchy.

Private Equity and Venture Capital continue to be much coveted asset classes in times of low interest rates, at the same time as they are much coveted sources of company financing for small and medium-sized companies in Europe. PE/VC finances the backbone of our economies, drives innovation and gives millions of people in the world a job. Not everyone is aware of these important facts – hence our mission to promote our industry and create a favourable environment for PEVC activity in Luxembourg and beyond.

In light of our goal to make Luxembourg the prime onshore centre for Private Equity in the world, I can say with confidence that we have had a very fruitful year 2016. LPEA has had a most active year when it comes to international roadshows and national events, increasing our visibility and informing stakeholders both abroad and at home about the advantages of Luxembourg as a PEVC hub and also about the growing importance of the Luxembourg PEVC industry. In times of uncertainty due to Brexit and a changing international tax environment, we made sure to be heard, but also to listen to the concerns of our Members and stakeholders.

The past year also proved the flexibility and reactiveness of the Luxembourg legal and regulatory environment in accommodating our industry by bringing about a new unregulated vehicle in the field of alternative investments, the RAIF, and by reforming the national Company Law to improve the means at hand for company financing and structuring deals from Luxembourg. The “Luxembourg toolbox” keeps on growing and accommodating our industry.

These legislative changes have been inspired by industry stakeholders who are directly impacted by them. I would like to thank our Members who participated actively in elaborating our industry’s position for the Government in the working groups within LPEA’s technical committees. Your dedication has been invaluable in improving the business environment in which we all work and in increasing the reputation of LPEA.

Despite challenges that lie ahead such as the uncertainty that arises with the United Kingdom leaving the  European Union, I am very optimistic that we will be able to turn problems into opportunities, continue attracting global PEVC players to Luxembourg and continue creating the best possible environment for all our Members.