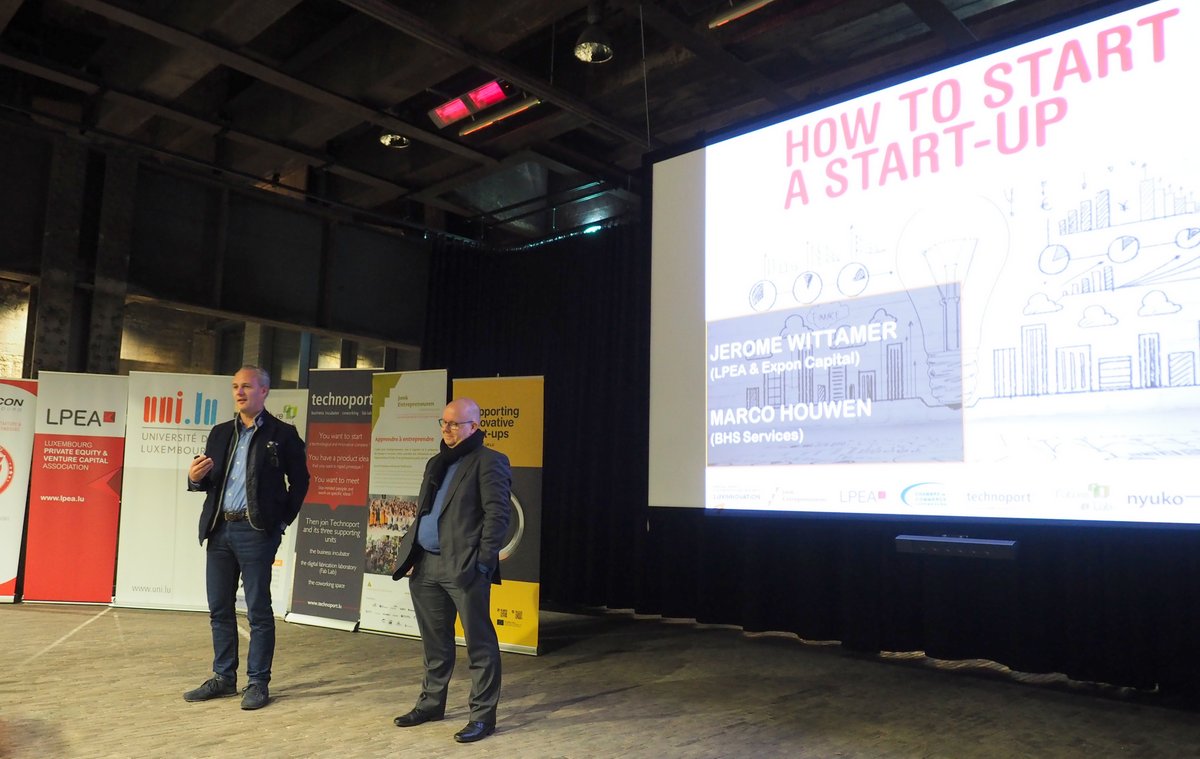 Luxembourg is for long known as a place for finance in the international scene. Recognised as a leader in the banking and investment funds industry, it has also in the past decade established itself as a private equity and venture capital centre with winning features that have convinced the top 10 private equity players to set up cross-border operations in the country.

In the field of entrepreneurship the scene is somewhat different. As in many other European countries, entrepreneurship took some time to develop its own supporting structures and, also highly significant, its “hype” for start-ups.

Fortunately, today entrepreneurship is on the agenda and much has been happening. Incubators, co-working spaces, pitching competitions, coaching programmes, all of these and much more is available, one just need to knock on the right doors and follow the right media. Luxembourg is even about to be a pioneer in the registration of companies with the creation (from January 2017) of the 1-1-1 company which introduces the €1 starting capital simplified limited responsibility company (S.à r.l S).

Given the surge of an “entrepreneurial” culture in Luxembourg and the dynamic of the financial centre, the obvious question arises: is the world of finance reaching local entrepreneurs?

We try to answer that question by featuring which resources are available today for entrepreneurs.

Most entrepreneurs start by looking for public funding, and Fit4Start is there to support them in the first 4 months. A subsidy of €50,000 is available for those looking to accelerate their venture and gain the skills required to seek further funding from the private sector. A few conditions need to be met and the public funding can then be topped-up by €100,000 if the company succeeds in attracting further private investors.

Further private investors may well be business angels, individuals with funds to invest and expertise in technical and/or management fields who may join young ventures at a very early stage. These individuals are attracted by high growth potential and scalable start-ups and can be reached via LBAN, the Luxembourg Business Angel Network, a non-profit association. To date, LBAN has nearly 50 Luxembourg-based members and organises networking events once a month (Angel Café) which often include an opportunity for start-ups’ to pitch their business.  The association’s members have a track record of several successful investments, such as Doctena, Job Today, Governance.io, SponsorMyEvent or eRevalue.

Equity crowdfunding can also be an option for many young businesses. Such online platforms bring entrepreneurs and unsophisticated investors together with tickets starting in €50 or even less. Different shareholding and operating models are used by each platform (eg. some require a leading business angel to “sponsor” the deal).

As of today, Luxembourg entrepreneurs need to look across the border for equity crowdfunding solutions. MyMicroInvest in Belgium, Wiseed in France or Companisto in Germany may be the first references in a market which remains very regional.

Luxembourg-based investors looking for deals in VC stages are scarce but have experienced a considerable expansion of late.

Mangrove Capital Partners is probably the best known due to its role in the early ages of Skype and other successful businesses. Other local investors such as BIP and Luxempart also played an important role in the industry, but their profile is linked to growth stage opportunities rather than funding early gems. Another investor which is open for venture business – although assumingly not being an early stage investor, is New Angel Capital. The team is particularly tailored to support fast growing companies to expand into the US market but require a track record more in accordance with growth stage.

In 2015, Expon Capital set up an office in Luxembourg and promised to become a leading VC investor with a particular focus on local start-ups (see interview below). Their experienced entrepreneurial team has already won the management of the Luxembourg Digital Fund (see interview with Jérôme Wittamer below) and continues to fundraise on its own behalf.

Funds for local VC activity will also emerge from the Luxembourg Future Fund, a fund of funds managed by the European Investment Fund with the mission to fund VCs’ investments into companies willing to set up and grow in Luxembourg.

Other investors located outside Luxembourg also keep an eye on the country’s activity. Indufin is a partnership between Luxempart and the Belgium family group De Eik, committing investments from €3m and having Benelux as its main target area. Another player in the region is Sofindev. Founded by Sofina in 1991, Sofindev currently runs a €100M fund targeting growth stage companies valued at over €15m. 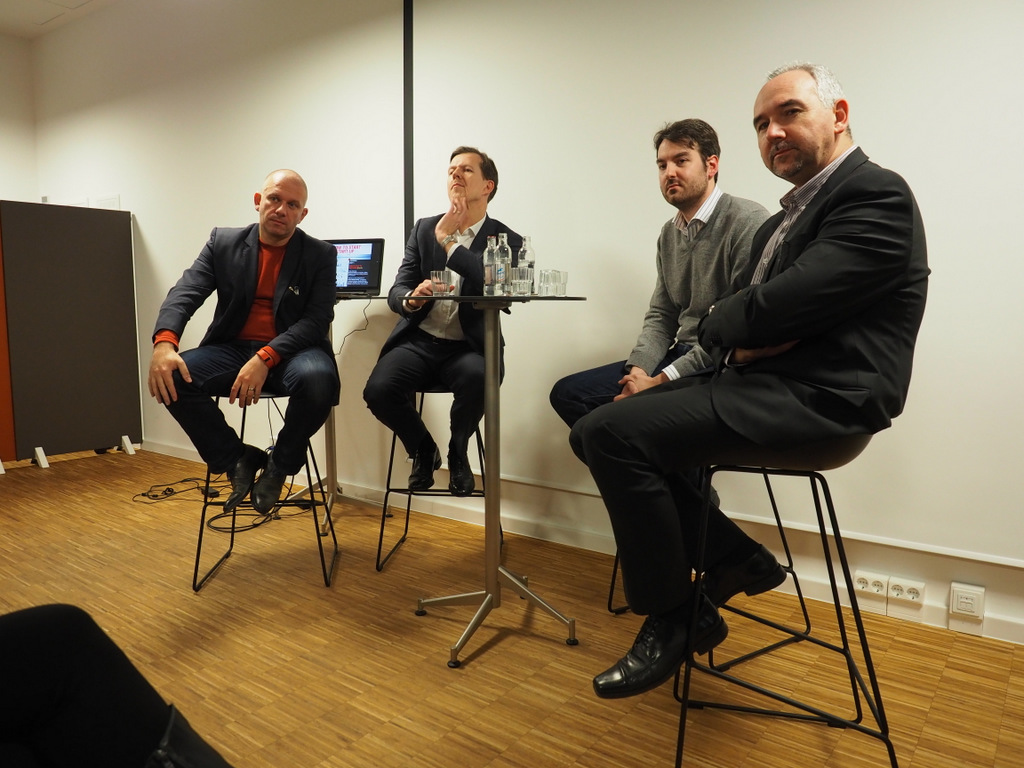 Keeping an eye on local start-ups

How can worldwide attention be brought to all of Luxembourg’s digital start-ups that have the potential to conquer global markets? The country does indeed have many talented and experienced entrepreneurs, of many different nationalities, who innovate, launch successful products and services, and expand their businesses into new markets, all from right here in Luxembourg.

Luxembourg is a country full of innovation in which both public and private stakeholders have clearly felt the need to imagine — and implement — the economy of tomorrow. The development of a favourable ecosystem for the creation, formation, acceleration and expansion of innovative start-ups has become a priority of the government, and is also of great importance to all of Luxembourg’s residents and frequent visitors.

Some Luxembourg start-ups have succeeded abroad. Some have expanded across Europe, and others have thrived as far away as the U.S. These cross-border start-ups help attract the attention of foreign entrepreneurs and bring entrepreneurial talent and investment to Luxembourg.

We are (all) in the same boat!

“Our desire from the beginning is to make each of the selected start-ups more attractive so that they can raise money and get customers. Our aim for the program is for each start-up to walk away with a Minimum Viable Product in line with market needs.” (Antoine Hron, Luxinnovation) 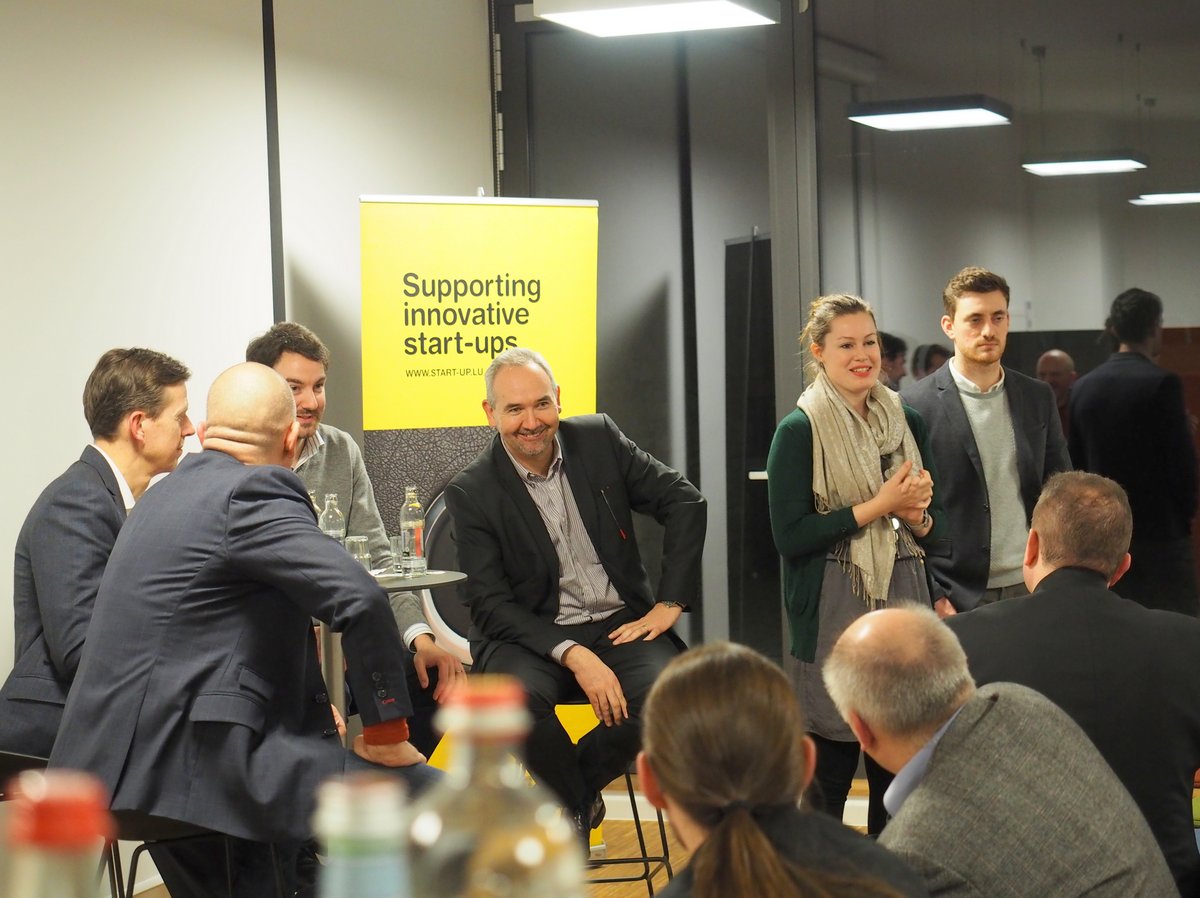 Larissa invests in multiple sectors including Legal and Regulatory and Professional Services, with a preference for businesses with a social purpose. Her strategy focuses on finding entrepreneurs with sector knowledge, preferably having worked in the sector for 5-10 years and a management team of at least 2 co-founders.

Hedda has an overarching investment strategy of: value creation, diversity/social inclusion and sustainability (triple bottom line: People, Planet, Profit). Over 15 years of investing primarily in technology and professional services through debt/equity, the refined focus is on projects that provide measurable social/environmental impact alongside financial returns.

Pegman is a long-term and “value-added” investor. He is a risk tolerant person looking at opportunities in different asset classes jurisdictions with a focus in Europe and the Middle East. Pegman values the founder(s)/ team, business and revenue models and short to medium-term scalability.

10 start-ups to watch in Luxembourg

Online platform where investors, advisers, and CEOs get connected to improve deal sourcing and networking with a strong focus on the Asia Pacific region.

Free way to send money to people internationally. People can chat with friends and family – and can now send money in the messages too.

Mobile app for job vacancies in shops, restaurants and more. It only takes a minute to apply and candidates always hear back within 24 hours.

Secure online payment platform where people can send or request funds from friends in real-time. The community-driven app offers an all-in-one payment solution.

Mixes great design with technology to create smart, innovative and emotional products. Their “Ulo” cute surveillance camera seduced 8,300 backers for over $1.6m of funding on Kickstarter.

First Self-Publishing Platform on which people create and publish their own eMagazines, get readers and make money.

Patrick Kersten founded Doctena, a medical booking application used to make appointments with doctors. In the spacw of just three years, the Luxembourg entrepreneur has launched the application in four countries – Luxembourg, Belgium, the Netherlands, Switzerland – with a fifth market to be announced by the end of the year. The start-up has become a European leader and spearhead of the Luxembourg start-up ecosystem. Having raised close to €6m in various rounds (seed money has been exclusively provided by private investors and business angels, for now) and acquired DocBook, Doctena’s growth seems unstoppable.

According to Patrick “talks with VCs start once the size of the markets covered, and their potential, are big enough for regional (Benelux) based VCs. As markets expand, the project becomes more interesting for top tier VCs.” It took two to six months to Patrick to succeed in each round and convince investors to support Doctena in building the platform and expanding sales force. What VCs are looking for? “Teams that can offer a high multiple at the exit.”

Eugene Mizin and Polina Montano founded Job Today, an easy-to-use app that connects employers and jobseekers in seconds, 24/7. The mobile marketplace has already raised €8.75m Series A, an investment led by Accel, with participation from Felix Capital and existing investor Mangrove Capital Partners. The company launched in 2015 in Spain, then in London and Paris and soon in other countries. “The initial traction, round of funding and new market launches are an important step towards expanding the business further and fulfilling our goal”, explains Polina.

Backed by the world’s leading venture capital firms, the founders have made their ambitions clear: “Job Today was born both mobile and global. We want to help millions of people around the globe to find a job from the comfort of their mobile phone. We are now aiming to become the number one global hiring app for hospitality and retail”.